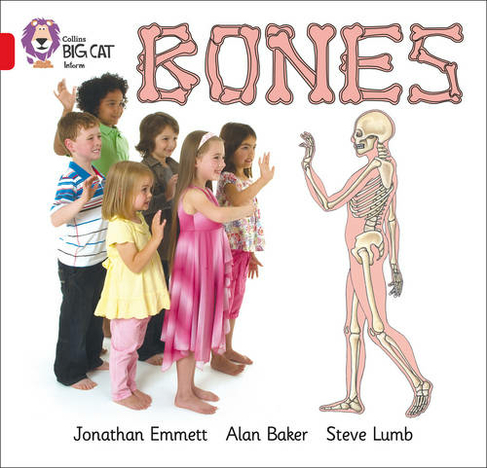 What bones have you got in your body? Where are they? Are they big or are they small? Find out all about the different bones in your body in this simple non-fiction report accompanied with photographs and drawings. * Read B/Band 2B books offer simple but varied text with familiar objects and actions, combined with simple story development and a satisfying conclusion * Text type: A simple information text. * Pictures of children and a skeleton on pages 14-15 are labelled with all the bones covered in the book to show where they are in relation to the whole body. * Curriculum links: Knowledge and Understanding of the World

Jonathan was born in 1965, the son of a rig fitter and a primary school teacher. He first developed his skills as a writer and illustrator while studying architecture, illustrating poems and lyrics that he had written. After leaving college, he worked as an architect for several years, before pursuing a career in children's books. In addition to writing books such as Bringing Down the Moon, and Ruby Flew Too, he also paper-engineers pop-up books.