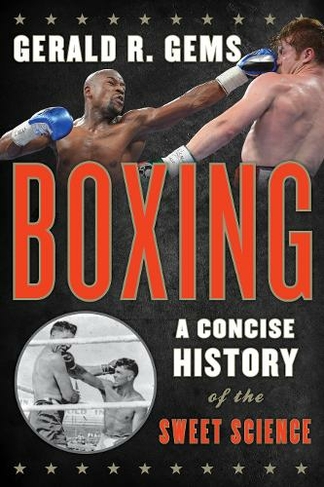 Boxing A Concise History of the Sweet Science

By Gerald R. Gems (Author)
Paperback
https://www.whsmith.co.uk/products/boxing-a-concise-history-of-the-sweet-science/gerald-r-gems/paperback/9780810895034-12-000.html £22.50 rrp £25.00 Save £2.50 (10%)
GBP
Availability
In Stock
Free Delivery Available When You Spend £25 Or More
Details
Spend £25 On Products To Receive Free Standard Delivery To Your Home Or Free Next Working Day Click And Collect To Store
Share

Sports fans have long been fascinated with boxing and the brutal demonstration of physical and psychological conflict. Accounts of the sport appear as far back as the third millennium BC, and Greek and Roman sculptors depicted the athletic ideals of the ancient era in the form of boxers. In the present day, boxers such as Muhammad Ali, Joe Frazier, Sugar Ray Robinson, Oscar De La Hoya, Manny Pacquiao, and Floyd Mayweather, Jr. are recognized throughout the world. Boxing films continue to resonate with audiences, from the many Rocky movies to Raging Bull, The Fighter, Million Dollar Baby, and Ali. In Boxing: A Concise History of the Sweet Science, Gerald R. Gems provides a succinct yet wide ranging treatment of the sport, covering boxing's ancient roots and its evolution, modernization, and global diffusion. The book not only includes a historical account of boxing, but also explores such issues as social class, race, ethnic rivalries, religious influences, gender issues, and the growth of female boxing. The current debates over the moral and ethical issues relative to the sport are also discussed. While the primary coverage of the political, social, and cultural impacts of boxing focuses on the United States, Gems' examination encompasses the sport on a global level, as well. Covering important issues and events in the history of boxing and featuring numerous photographs, Boxing: A Concise History of the Sweet Science will be of interest to boxing fans, historians, scholars, and those wanting to learn more about the sport. 46 Halftones, black and white

Gerald R. Gems is professor in the Health and Physical Education Department at North Central College in Naperville, Illinois. He is a Fulbright Award winner and past president of the North American Society for Sport History. Gems is the author of ten books, including Sport and the Shaping of Italian Identity (2013), The Chicago Sports Reader: 100 Years of Sports in the Windy City (2009), Understanding American Sport (2009), and Sports in American History: From Colonization to Globalization (2008).