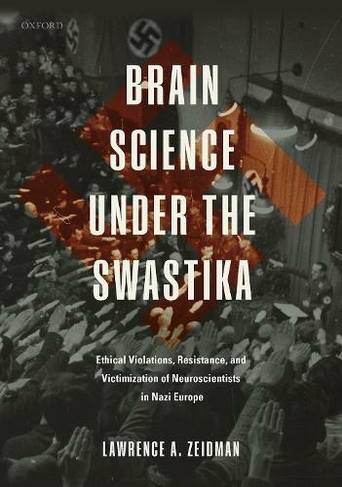 Brain Science under the Swastika: Ethical Violations, Resistance, and Victimization of Neuroscientists in Nazi Europe

80 years ago the greatest mass murder of human beings of all time occurred in Nazi occupied Europe. This began with the mass extermination of patients with neurological and psychiatric disorders that rendered them "useless eaters" to Hitler's regime. The neuropsychiatric profession was systematically "cleansed" beginning in 1933, but racism and eugenics had infiltrated the specialty in the decades before that. With the installation of Nazi-principled neuroscientists, mass forced sterilization was enacted, which slowed down by the start of World War II and the advent of patient murder. But the murder of roughly 275,000 patients by the end of the war was not enough. The patients' brains and neurological body parts were stored and used in scientific publications both during and long after the war. Also, patients themselves were used in unethical ways for epilepsy and multiple sclerosis experiments. Relatively few neuroscientists resisted the Nazis, with some success in the occupied countries. Most neuroscientists involved in unethical actions continued their careers unscathed after the war. Few answered for their actions in a professional or criminal sense, and few repented. The legacy of such a depraved era in the history of neuroscience and medical ethics is that codes exist by which patients and research subjects are protected from harm. But this protection is possibly subject to political extremes and only by understanding the horrible past can the profession police itself. Individual neuroscientists can protect patients and colleagues if they are aware of the dangers of a utilitarian, unethical, and uncompassionate mindset. Brain Science under the Swastika is the only comprehensive and scholarly published work regarding the ethical and professional abuses of neuroscientists during the Nazi era. The book explores the history of racial hygiene and eugenic infiltration of neurology and psychiatry, followed by the appalling forced sterilization and mass murder of patients with mental disease in Nazi Germany. Patients were used in numerous unethical experiments and their brains were used in scientific research that continued to be cited and used long after World War II. The author has crafted a scathing tour de force exploring the extremes of ethical abuse, but also ways that this can be resisted and hopefully prevented by future generations of neuroscientists and physicians.

Dr. Zeidman is from Chicagoland and graduated from the Honors Program in Medical Education at Northwestern University, followed by Neurology residency at Northwestern University and Neurophysiology fellowship at Rush University Medical Center. He is a clinical neurologist who is board-certified in Neurology, Clinical Neurophysiology, and Electrodiagnostic Medicine. He currently heads the Neuromuscular-EMG Division in the Department of Neurology at Loyola UniversityMedical Center (Maywood, IL, USA). He is an Associate Professor of Neurology and Bioethics at the Loyola University Stritch School of Medicine, and also a fellow of the American Academy of Neurology (FAAN). Besides funded clinical neurology research on peripheral neuropathies, Dr. Zeidman is also veryinterested in the history and ethics of neurology, especially during World War II.