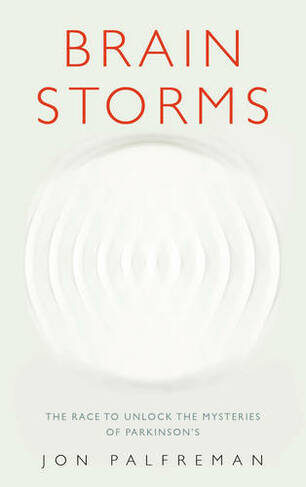 Brain Storms: The race to unlock the mysteries of Parkinson's

'An excellent grasp on the science...but it is as a human story that the book is most compelling...' TLS Seven million people worldwide suffer from Parkinson's, with more men having the disease than women. Yet it remains an enigma, with doctors, researchers and patients hunting for a cure. In Brain Storms the award-winning journalist and veteran TV producer, Jon Palfreman, tells their stories, stories that take on a particular urgency since he himself has been diagnosed with the illness. Palfreman chronicles how scientists have laboured to crack the mystery of what was once called the 'shaking palsy', from the earliest clinical descriptions to the cutting edge of molecular neuroscience. He charts the victories and setbacks of a massive international effort to get the better of the disease, referred to as one of the best windows into the brain itself. Brain Storms is also a profoundly personal investigation into Palfreman's own struggles and those of others living with Parkinson's. The race is on to stop or reverse conditions like Parkinson's and Alzheimer's. Brain Storms is the long-overdue, riveting detective story of that race, and a passionate, insightful account of the lives of those affected.

Jon Palfreman is an English-born television producer and journalist who's made more than 40 documentaries for the BBC and PBS. He has also won many prizes for his journalism and science writing. An internationally sought-after lecturer who has made recent appearances in Brazil, India, the UK and the Netherlands, as well as at Harvard and MIT, he himself was diagnosed with Parkinson's in 2011.