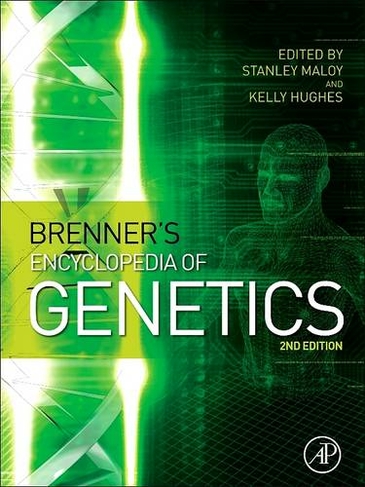 By Stanley Maloy (Contributor), Kelly Hughes (Contributor)
Mixed Media
https://www.whsmith.co.uk/products/brenners-encyclopedia-of-genetics-2nd-edition/stanley-maloy/kelly-hughes/mixed-media/9780123749840-01-000.html £1,395.00
GBP
Availability
Currently unavailable. We don't know when or if this item will be back in stock
Share

Also available on eBook for £1422.95. Click here to purchase from Rakuten Kobo

The explosion of the field of genetics over the last decade, with the new technologies that have stimulated research, suggests that a new sort of reference work is needed to keep pace with such a fast-moving and interdisciplinary field. Brenner's Encyclopedia of Genetics, Second Edition, builds on the foundation of the first edition by addressing many of the key subfields of genetics that were just in their infancy when the first edition was published. The currency and accessibility of this foundational content will be unrivalled, making this work useful for scientists and non-scientists alike. Featuring relatively short entries on genetics topics written by experts in that topic, Brenner's Encyclopedia of Genetics provides an effective way to quickly learn about any aspect of genetics, from Abortive Transduction to Zygotes. Adding to its utility, the work provides short entries that briefly define key terms, and a guide to additional reading and relevant websites for further study. Many of the entries include figures to explain difficult concepts. Key terms in related areas such as biochemistry, cell, and molecular biology are also included, and there are entries that describe historical figures in genetics, providing insights into their careers and discoveries. Contains 7 Hardbacks