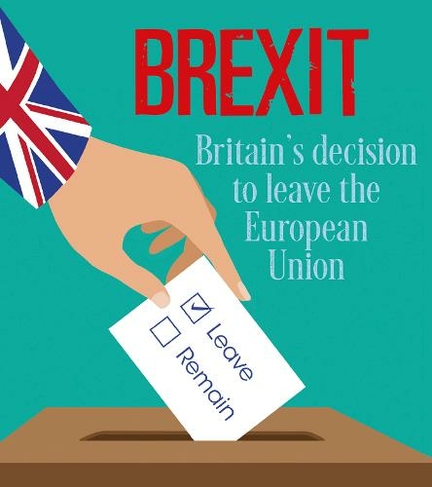 What is a referendum? What is the European Union? What happens now? On 23rd June 2016 the people of the United Kingdom voted in a referendum to decide the future of Britain's position in the European Union (EU). With the effects of the decision to Leave (commonly known as "Brexit" likely to remain in the newspaper headlines, this book explains the main issues to young readers. Through simple, informative text and photographs this fascinating book explains the key institutions in the EU examines the arguments made by both the Vote Remain and Leave campaigns, and looks at both the immediate and likely long-term consequences of the Leave result. The books also introduces readers to some of the leading figures in the debate, such as new Prime Minister Theresa May and prominent Leave campaigners Boris Johnson and Nigel Farage.

Daniel Nunn has written numerous books for young readers on a variety of topics, specializing in early years and elementary education. Like Eddie the Elephant, he enjoys playing hide and seek with his two young children. His favorite hiding place is behind the curtains in the living room!