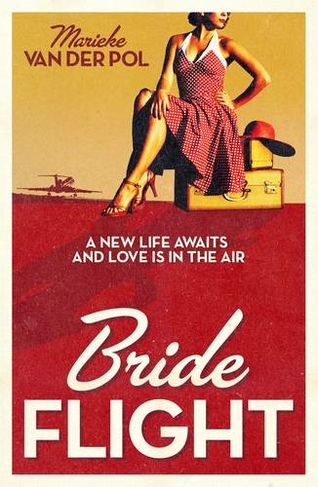 It is 1953, and the last great transcontinental air race from London to Christchurch is about to begin, but even before the KLM plane has left the runway, it has already become famous as the 'bride flight'. Of its sixty emigrating passengers, many are brides-to-be flying out to join their fiances on the other side of the world. Among them are Ada, Marjorie and Esther, each of them with their own reasons for wanting to leave behind the hardships of post-war life at home, and their own pasts. During the trip they meet Frank, a charismatic bachelor, who will come to have a dramatic influence on their lives, and who exerts a continued hold over each of the women as they follow their very different paths in New Zealand. It is only when they meet again, years later, at Frank's funeral, that the three women - now 'brides in black' - get to hear each other's stories for the first time and realize just how closely their lives have been bound together by what happened on the bride flight.

Marieke Van Der Pol is the author of the prize-winning script for the international hit film The Twin Girls. This, her debut novel, has also been made into a film in the Netherlands.