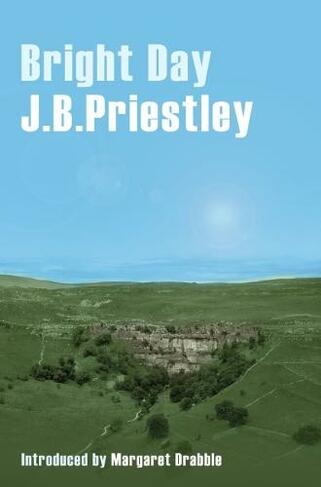 By J. B. Priestley (Author)
Paperback
£8.19 rrp £9.99 Save £1.80 (18%)
GBP
Availability
In Stock
Free Delivery Available When You Spend £15 Or More
Details
Spend £15 On Products To Receive Free Standard Delivery To Your Home Or Free Next Day Click and Collect To Stores
Share

Disillusioned scriptwriter Gregory Dawson is holed up in a Cornish hotel writing a script he must finish. A chance encounter in the bar sends him back in time to the doomed world of his youth before the slaughter of The First World War. Caught in his own past Dawson recounts his time within the closeknit Yorkshire community in which he came of age and the magic circle of the Alington family, in whose company he spent his happiest days. As this forgotten time takes on a new shape he slowly realises that to have any chance of a bright future he must first exorcise the tragic ghost of his past. ADDITIONAL CONTENT This new edition provides additional information about Priestley's background and his inspiration for the novel. It includes biographical detail which incorporates a `literary tour' of Bruddersford (the imaginary setting for the book based on Priestley's home town of Bradford.) In this way, it places the novel in a biographical and geographical context adding extra layers of interest for readers. In the author's own words, `Bright Day is crammed with profoundly autobiographical material.' Priestley's Bradford comes alive and glows.

John Boynton Priestley (1894-1984) was one of the great literary figures of the twentieth century. Pre-eminently a dramatist, novelist and social commentator many of his works have become literary classics, among them The GoodCompanions, Angel Pavement, An Inspector Calls and Time and the Conways. His plays have been translated and performed all over the world and many have been filmed. During the Second World War his regular Sunday night Postscript radio talks attracted audiences of up to 15 million listeners. It was said that he was as popular and as important as Churchill in shoring up the nation's morale and in offering a vision of a better world to come.He was also a founder member of the Campaign for Nuclear Disarmament, a champion of public lending rights and represented the UK at two UNESCO conferences.In literary, social and political terms he was very much the last great man of English letters.