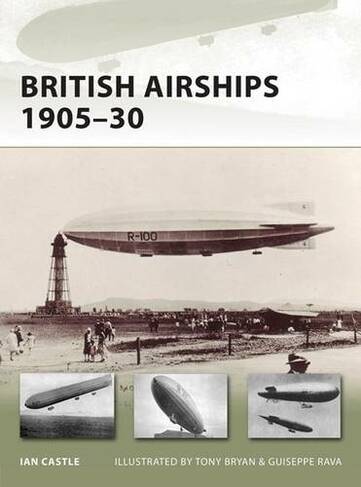 This book reveals the fascinating story of the cat and mouse duel between the airship and another pioneering form of technology - the submarine during World War 1. Detailed cut-away drawings reveal the design and development of the airship, during and after the war, whilst full-colour illustrations depict the airship in dramatic action shots. A tragic accident in 1930 brought the airship's military service to an end, resulting in a tiny window in which they were used and little acknowledgement over the years. Ian Knight gives deserved attention to an aeronautical wonder that for a short amount of time played a crucial service to the defence of Britain. Illustrations (some col.)

Ian Knight is a leading international expert on the Anglo-Zulu War. He has written, co-written or edited over 30 books, including several in the Osprey Men-at-Arms, Elite, Warrior and Campaign series. He studied Afro-Caribbean Studies at Kent University, and is an Honorary Research Associate of the Natal Museum and Vice President of the Anglo Zulu War Historical Society. He has also contributed to a number of television documentaries on the war. Ian has also always been interested in the use of airships during World War I and has recently published London 1914-17 in Osprey's Campaign series which detailed the German Zepplin bombing raids.