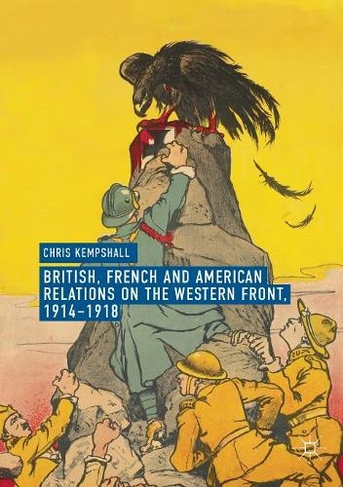 This book provides a thorough examination of the relations between the men in the British, French and American armies on the Western Front of the First World War. The Allied victory in 1918 was built on the backs of British, French, and American soldiers who joined together to fight for a common cause. Using the diaries, records, and letters of these men, Chris Kempshall shows how these soldiers interacted with each other during four years of war. The British army that arrived in France in 1914 became isolated from their French allies and unable to coordinate with them. By 1916, Britain's professional soldiers were replaced by civilians who learned to love their French ally, who reached out to them in friendship. At the end of the war the introduction of American soldiers caused hope and conflict before perceived British failures brought the alliance to the brink of collapse. Final cooperation between these three nations saw them victorious. 13 Illustrations, color; XIX, 306 p. 13 illus. in color.

Chris Kempshall is an historian focusing on the First World War and popular representations of warfare. He has taught on war and European history at the Universities of Sussex, Kent, and Goldsmiths College, London. He is the author of The First World War in Computer Games (Palgrave, 2015) and is a member of the Academic Advisory Board for the Imperial War Museum's digital centenary projects.