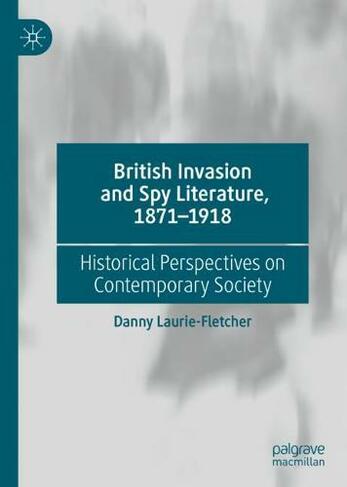 This book examines British invasion and spy literature and the political, social, and cultural attitudes that it expresses. This form of literature began to appear towards the end of the nineteenth century and developed into a clearly recognised form during the Edwardian period (1901-1914). By looking at the origins and evolution of invasion literature, and to a lesser extent detective literature, up to the end of World War I, Danny Laurie-Fletcher utilises fiction as a window into the mind-set of British society. There is a focus on the political arguments embedded within the texts, which mirrored debates in wider British society that took place before and during World War I - debates about military conscription, immigration, spy scares, the fear of British imperial decline, and the rise of Germany. These debates and topics are examined to show what influence they had on the creation of the intelligence services, MI5 and MI6, and how foreigners were perceived in society. XI, 264 p.

Danny Laurie-Fletcher is an adjunct researcher at Flinders University, Australia.