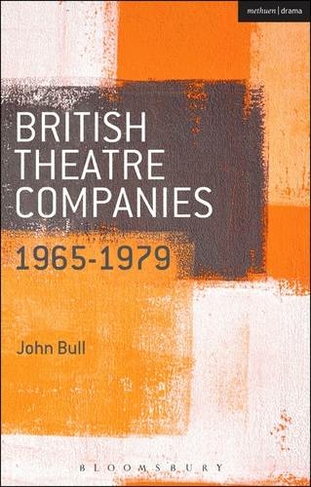 Also available on eBook for £20.27. Click here to purchase from Rakuten Kobo

This series of three volumes provides a groundbreaking study of the work of many of the most innovative and important British theatre companies from 1965 to the present. Each volume provides a survey of the political and cultural context; an extensive survey of the variety of theatre companies from the period, and detailed case studies of six of the major companies drawing on the Arts Council Archives to trace the impact of funding on the work produced. 1965-1979, covers the period often accepted as the 'golden age' of British Fringe companies, looking at the birth of companies concerned with touring their work to an ever-expanding circuit of 'alternative' performance venues. Leading academics provide case studies of six of the most important companies, including: * CAST, by Bill McDonnell (University of Sheffield, UK) * The People Show, by Grant Tyler Peterson (Brunel University London, UK) * Portable Theatre, by Chris Megson (Royal Holloway, University of London, UK) * Pip Simmons Theatre Group, by Kate Dorney (The Victoria and Albert Museum, UK) * Welfare State International, by Gillian Whitely (Loughborough University, UK) * 7:84 Theatre Companies, by David Pattie (University of Chester, UK).

John Bull is the Professor of Drama at the University of Lincoln, UK. His many publications include Stage Right: Crisis and Recovery in British Contemporary Mainstream Theatre (1994). Recently, he was Associate Editor for Modern Drama on the New Oxford Companion to English Literature, and editor of the three volume series, British and Irish Playwrights Since World War II.