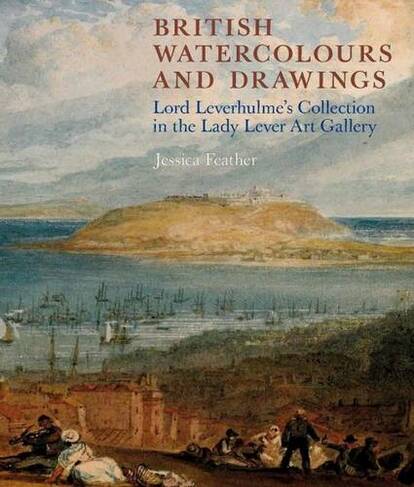 British Watercolours and Drawings provides a fully illustrated catalog raisonne of the important collection of over 300 British watercolours and drawings in the Lady Lever Art Gallery, which holds one of the best fine and decorative arts collections in the United Kingdom. This lavishly illustrated book will make accessible the whole collection, much of which remains unpublished since 1928. The collection illustrates the flowering of the British watercolour school in the eighteenth century and follows its development through the nineteenth to the early twentieth centuries. A fine collection from the eighteenth century includes works by Julius Caesar Ibbetson, Thomas Rowlandson, Francis Wheatley, John Robert Cozens, Richard Cosway, John 'Warwick' Smith, Francis Towne and Ozias Humphrey. Numerically, however, the strength of the collection lies in the nineteenth-century works. Jessica Feather's meticulously researched book reveals the full glory of landscape watercolours by David Cox, Peter de Wint and J. M. W. Turner. Outstanding figurative works include paintings by George Pinwell and Frederick Walker, and the Pre-Raphaelites are also well represented with a large number of high quality drawings by Edward Burne-Jones, as well as works by Ford Madox Brown, John Evert Millais and Dante Gabriel Rossetti. The collection also includes twenty-six studies by Edward John Gregory for his well-known painting Boulter's Lock, Sunday Afternoon, which is also in the Lady Lever Gallery. Gloriously illustrated throughout, this is a wonderful celebration of British drawings and watercolours at their finest.

Jessica Feather was formerly Curator of Works on Paper at the Walker Art Gallery, Liverpool