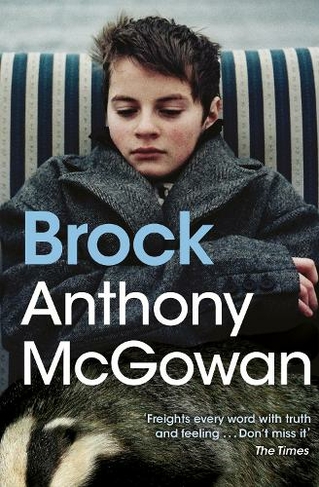 Brock: (The Truth of Things)

A bleakly poetic tale about one boy's determination to save a badger cub from the destructive hands of a local gang. When Nicky finds Jezbo and his gang digging up a badger set, there's not a lot he can do to save them. But one badger cub has escaped - can Nicky save it? Another stunning and moving novella in the spirit of Kes from award-winning Anthony McGowan.

Anthony McGowan is the author of many critically acclaimed YA novels Hellbent, Henry Tumour and The Knife that Killed Me, the last of which has been released as a film. He won the 2006 BookTrust Teenage Prize, the 2007 Catalyst Award and has been shortlisted for a raft of other major children's literature prizes, including the Carnegie Medal for Rook in 2018. McGowan was born in Manchester, attended school in Leeds and now lives in London.