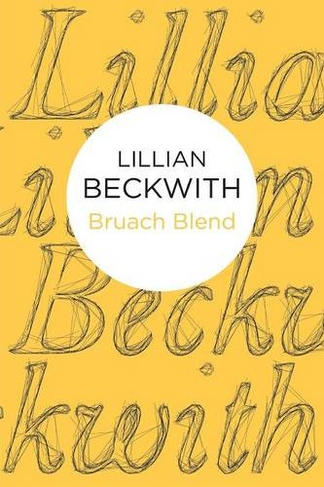 `What but whisky will take the ache out of lovin', the fire out of a fever an' the meanness out of a miser?' challenges Tearlaich when `Miss Peckwitt' teases him about his reverence for the `water of life'. Of course she cannot tell him. Here in this seventh book about the Hebridean village of Bruach and its inhabitants Lillian Beckwith again assembles a galaxy of characters. Some, like Erchy and Morag, the benignly philandering Hector and the artlessly indelicate Tearlaich, are already well known to her readers, but now we meet Willy, the fisherman with his sometimes strange, sometimes bawdy stories of life at sea and in port. We meet the tinkers and we hear how the devout Shamus's determination not to allow the Bruach Sabbath to be profaned led to a small mystery which `Miss Peckwitt' is unlikely every to be able to solve. But as well as human `characters' in this book we are introduced to some of the animals and birds she encountered or nursed (or fled form) during her crofting life, among them Bonny, her cow; Crumley, the highland bull, the `Infernal Gulliver' and most importantly Rowan, the sheepdog puppy which she resolutely annexed from a neighbour.

Lilian Comber wrote fiction and non-fiction for both adults and children under the pseudonym Lillian Beckwith. She is best known for her series of comic novels based on her time living on a croft in the Scottish Hebrides. Beckwith was born in Ellesmere Port, Cheshire, in 1916, where her father ran a grocery shop. The shop provided the background for her memoir About My Father's Business, a child's eye view of a 1920s family. She moved to the Isle of Skye with her husband in 1942, and began writing fiction after moving to the Isle of Man with her family twenty years later. She also completed a cookery book, Secrets from a Crofter's Kitchen (Arrow, 1976). Since her death, Beckwith's novel A Shine of Rainbows has been made into a film starring Aidan Quinn and Connie Nielsen, which in 2009 won `Best Feature' awards at the Heartland and Chicago Children's Film Festivals.