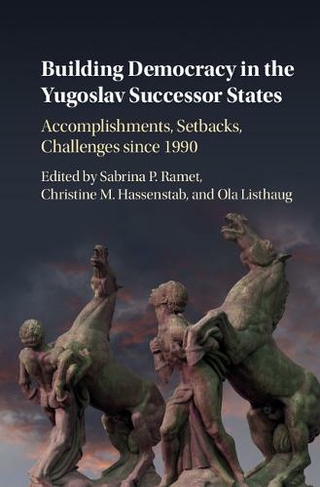 Building Democracy in the Yugoslav Successor States: Accomplishments, Setbacks, and Challenges since 1990

Building democracy in societies that have known only authoritarian rule for half a century is complicated. Taking the post-Yugoslav region as its case study, this volume shows how success with democratisation depends on various factors, including establishing the rule of law, the consolidation of free media, and society's acceptance of ethnic, religious and sexual minorities. Surveying the seven successor states, the authors argue that Slovenia is in a class by itself as the most successful, with Croatia and Serbia not far behind. The other states - Bosnia-Herzegovina, Macedonia, Montenegro, and Kosovo - are all struggling with problems of corruption, poverty, and unemployment. The authors treat the issue of values as a policy problem in its own right, debating the extent to which values have been transformed by changes in education and the media, how churches and women's organisations have entered into the policy debate, and whether governments have embraced a programme designed to effect changes in values. Worked examples or Exercises; 17 Tables, black and white; 4 Line drawings, black and white