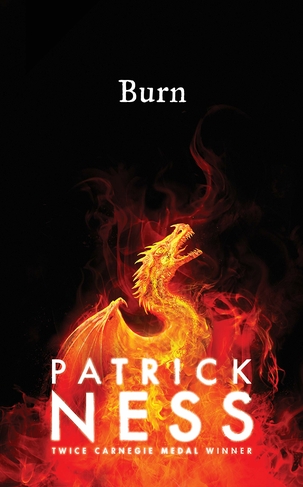 An all-consuming story of revenge, redemption and dragons from the twice Carnegie Medal-winner Patrick Ness. "On a cold Sunday evening in early 1957, Sarah Dewhurst waited with her father in the parking lot of the Chevron Gas Station for the dragon he'd hired to help on the farm." This dragon, Kazimir, has more to him than meets the eye. Sarah can't help but be curious about him, an animal who supposedly doesn't have a soul but is seemingly intent on keeping her safe from the brutal attentions of Deputy Sheriff Emmett Kelby. Kazimir knows something she doesn't. He has arrived at the farm because of a prophecy. A prophecy that involves a deadly assassin, a cult of dragon worshippers, two FBI agents - and somehow, Sarah Dewhurst herself. From the bestselling author of the Chaos Walking trilogy comes a heart-stopping story of fanaticism, hope, bravery and impossible second chances, set in a world on the very brink of its own destruction.

Patrick Ness is the award-winning and bestselling author of the Chaos Walking trilogy, A Monster Calls, More Than This, The Rest of Us Just Live Here, Release and And the Ocean Was Our Sky. John Green has described him as "an insanely beautiful writer". He has won every major prize in children's fiction, including the Carnegie Medal twice. He has written the screenplay for the film of A Monster Calls and the BBC Doctor Who spin-off, Class. The first Chaos Walking film is slated for release in 2020.