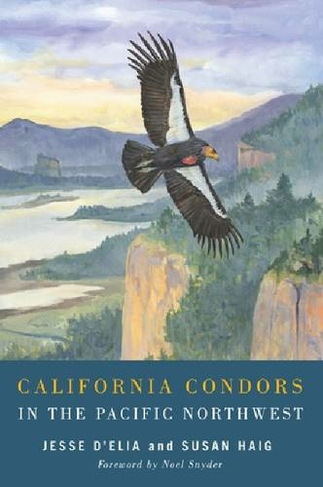 California Condors in the Pacific Northwest

Despite frequent depiction as a bird of California and the desert southwest, North America's largest avian scavenger once graced the skies of the Pacific Northwest, from northern California to British Columbia. This important volume documents the condor's history in the region, from prehistoric times to the early twentieth century, and explores the challenges of reintroduction. Jesse D'Elia and Susan Haig investigate the paleontological and observational record as well as the cultural relationships between Native American tribes and condors, providing the most complete assessment to date of the condor's occurrence in the Pacific Northwest. They evaluate the probable causes of regional extinction and the likelihood that condors once bred in the region, and they assess factors that must be considered in determining whether they could once again thrive in Northwest skies. Incorporating the newest research and findings and more than eighty detailed historical accounts of human encounters with these birds of prey, California Condors in the Pacific Northwest sets a new standard for examining the historical record of a species prior to undertaking a reintroduction effort. It is a vital reference for academics, agency decision makers, conservation biologists, and readers interested in Northwest natural history. The volume is beautifully illustrated by Ram Papish and includes a number of previously unpublished photographs. Black & white photographs and illustrations

Jesse D'Elia is a supervisory fish and wildlife biologist at the U.S. Fish and Wildlife Service's Pacific Regional Office in Portland, Oregon. He works on a wide array of endangered species issues throughout the Pacific Northwest and Pacific Islands and is co-lead of the interagency Pacific Northwest California Condor Working Group. He is also a PhD candidate at Oregon State University, USA.Dr. Susan Haig is a supervisory wildlife ecologist at the USGS Forest and Rangeland Ecosystem Science Center, a professor of wildlife ecology at Oregon State University, USA and a research sssociate of the Smithsonian Institution. She serves as president of the American Ornithologists' Union and has led international Piping Plover conservation efforts since 1984.