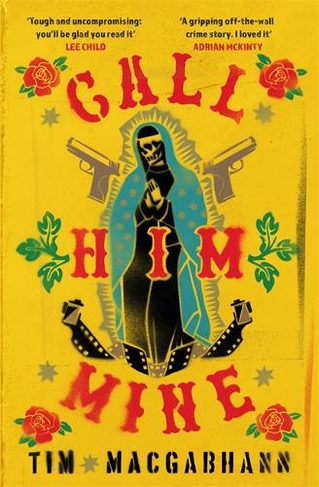 'A WILD RIDE' Ian Rankin 'TOUGH AND UNCOMPROMISING: YOU'LL BE GLAD YOU READ IT' Lee Child 'HILARIOUS, GRIPPING, POETIC. I LOVED IT' Adrian McKinty, author of The Chain 'GRIPPING FROM BEGINNING TO END' Independent 'INTOXICATING AND CHILLING' Observer 'PACY AND EXCITING' Daily Telegraph 'VIVID AND LYRICAL' Guardian Nobody asked us to look. Every day, every since, I still wish we hadn't. Jaded reporter Andrew and his photographer boyfriend, Carlos, are sick of sifting the dregs of Mexico's drug war: from cartel massacres to corrupt politicians, they think they've seen it all. But when they find a body even the police are too scared to look at, what started out as just another assignment becomes the sort of story all reporters dream of... ...until Carlos pushes for answers too fast, and winds up murdered, leaving Andrew grief-stricken and flailing for answers, justice, and revenge. MORE PRAISE FOR CALL HIM MINE: 'One thing novelists can do more effectively than journalists, perhaps, is to remind us that every killing in Mexico ought to seem as shocking an aberration as a murder in the St Mary Mead vicarage. This is one of the achievements of this debut novel by Tim MacGabhann, an Irish journalist and Mexico resident... This is not an epic catalogue of depravity in the manner of Don Winslow's Cartel trilogy; instead, it uses just two murders as a focal point for Mexico's grief and rage... The novel is written lyrically, with an offbeat humour, which helps defamiliarise a situation to which Western readers have become inured, and communicate its horrors afresh' Telegraph 'This exciting and accomplished novel is a major achievement, as MacGabhann displays the grace of Greene, the pace of Hammett, the imagination of Bolano and the darkness of Elroy. An exciting new voice in Irish writing' Irish Examiner 'Call Him Mine soars in two regards. First MacGabhann paints an extraordinarily vivid picture of Mexico, in all its seething, sweltering madness and beauty. The last time I read a book which placed the reader so firmly and intensely into the heart of a place, it was the 'Fate' and 'Santa Teresa' sections of Roberto Bolano's great 2666' Irish Independent

TIM MACGABHANN was born in Kilkenny, Ireland, and began his writing career as a music journalist while studying English Literature and French at Trinity College, Dublin. Since 2013, he has reported from all over Latin America for outlets including Esquire, Thomson Reuters, Al Jazeera, and the Washington Post. His fiction, non-fiction, and poetry has appeared in Gorse, The Stinging Fly, and Washington Square, and he holds an M.A. in Creative Writing from the University of East Anglia. He lives in Mexico City.