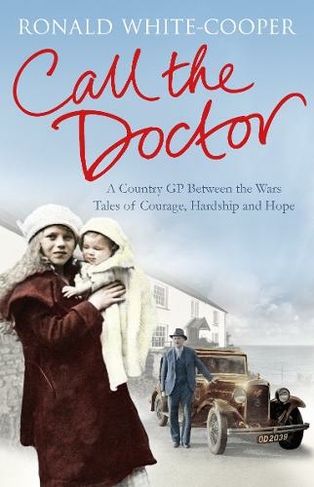 Call the Doctor: A Country GP Between the Wars, Tales of Courage, Hardship and Hope

Ronald White-Cooper may have worked as a doctor in London's slums and tended to badly wounded men on the Western Front, but when he arrived in Dartmouth in 1920 to set up as a GP he found himself facing some unique challenges. From the normally reliable midwife convinced she was being haunted to the retired colonel suffering mysterious fits, from the farmer who insisted rubbing in Bovril had cured his bad back to the young girl dying of tuberculosis, all his medical skills were put to the test. Ronald initially did his rounds on horseback but gradually the world changed, bringing not just cars but innovations like antibiotics which were to change medicine for ever. Over the years Ronald became a much-loved part of the community, often helping those who could not afford to pay him, and is remembered fondly to this day. Full of wonderful characters, written with warmth and humour, Call the Doctor brilliantly evokes a bygone age.

Ronald White-Cooper was born in South Africa, but trained as a doctor at St Barts in London. He served as a doctor on the Western Front 1914-18, before returning to a post at Great Ormond Street hospital. He moved to Devon to work as a GP between 1920-49. His memoirs were found in an old trunk in an attic and have been edited by his granddaughter Deborah White-Cooper, a trained journalist who has worked as a television production executive.