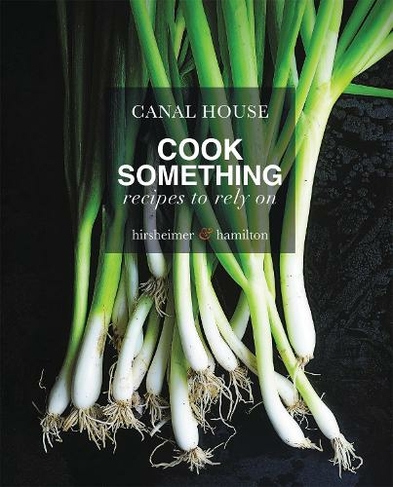 Canal House: Cook Something: Recipes to Rely On

Cook. Cook something. Cook something for yourself. Cook something for others. It will satisfy you more than you know. We promise. From the James Beard award-winning duo behind Canal House, a culinary, design, and photography studio that has produced many celebrated cookbooks, CANAL HOUSE KITCHEN BASICS is a book of essential recipes, the building blocks of all good cooking, to rely on for the rest of your life. Each chapter focuses on an ingredient or a technique and takes it from the simplest (a boiled egg) to the most ambitious (a towering souffle). Step-by-step photographs accompany techniques and instructions to clarify each cooking lesson, all of which are imbued with Canal House's kitchen common sense and warm personal style. A sophisticated yet accessible cookbook, this will be the essential book of culinary instruction for beginners, and ideas for already confident cooks. 400 4-colour illustrations

Melissa Hamilton is a renowned food stylist and cofounder of Canal House. She previously worked at Saveur, which she joined in 1998, as the test kitchen director, and was its food editor for many years. Hamilton also worked in the kitchens of Martha Stewart Living and Cook's Illustrated, and she was the cofounder and first executive chef of Hamilton's Grill Room in Lambertville, New Jersey. She has developed and tested recipes and styled food for both magazines and cookbooks, including those by acclaimed chefs John Besh, Michael Psilakis, Roberto Santibanez, and David Tanis. She works with Christopher Hirsheimer on Canal House Cooking, for which the two do all of the writing, recipes, photography, design, and production.