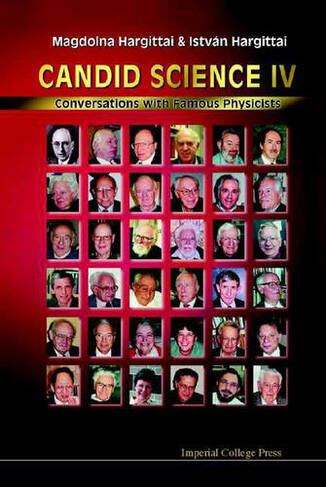 Candid Science IV: Conversations with Famous Physicists contains 36 interviews with well-known physicists, including 20 Nobel laureates, Templeton Prize winners, Wolf Prize winners, and other luminaries. Physics has been one of the determining fields of science in the past 100 years, playing a conspicuous role not only in science but also in world politics and economics. These in-depth conversations provide a glimpse into the greatest achievements of physics during the past few decades, featuring stories of the discoveries, and showing the human drama behind them. The greatest physicists are brought into close human proximity as if readers were having a conversation with them. The interviewees span a wide range of scientists, from such early giants as Eugene Wigner and Mark Oliphant to members of the youngest generation such as the 2001 Nobel laureate Wolfgang Ketterle. The list includes famous personalities of our time, such as Steven Weinberg, Leon Lederman, Norman Ramsey, Edward Teller, John Wheeler, Mildred Dresselhaus, Maurice Goldhaber, Benoit Mandelbrot, John Polkinghorne, and Freeman Dyson.