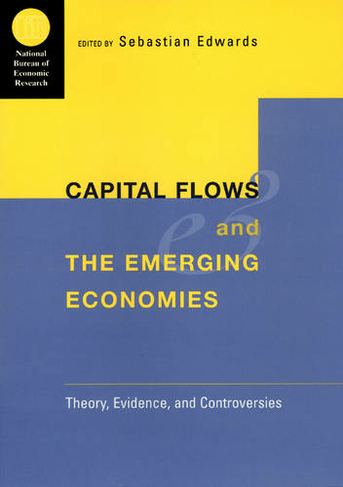 Capital Flows and the Emerging Economies Theory, Evidence and Controversies

The 1990s witnessed several acute currency crises among developing nations that invariably spread to nearby at-risk countries. These episodes - in Mexico, Thailand, South Korea, Russia and Brazil - were all exacerbated by speculative foreign investments and high-volume movements in capital in and out of those countries. Insufficient domestic controls and a sluggish international response further undermined these economies, as well as the credibility of external oversight agencies like the International Monetary Fund. This volume examines the correlation between volatile capital mobility, currency instability, and the threat of regional contagion, focusing particular attention on the emergent economies of Latin America, Southeast Asia and Eastern Europe. Together these studies offer a new understanding of the empirical relationship between capital flows, international trade and economic performance, and also afford key insights into realms of major policy concern. 79 line drawings, 43 tables

Sebastian Edwards is the Henry Ford II Professor of International Economics at the Anderson Graduate School of Management, University of California, Los Angeles, and a research associate of the National Bureau of Economic Research.