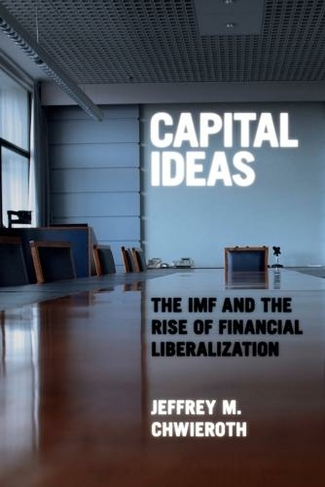 Capital Ideas The IMF and the Rise of Financial Liberalization

The right of governments to employ capital controls has always been the official orthodoxy of the International Monetary Fund, and the organization's formal rules providing this right have not changed significantly since the IMF was founded in 1945. But informally, among the staff inside the IMF, these controls became heresy in the 1980s and 1990s, prompting critics to accuse the IMF of indiscriminately encouraging the liberalization of controls and precipitating a wave of financial crises in emerging markets in the late 1990s. In Capital Ideas, Jeffrey Chwieroth explores the inner workings of the IMF to understand how its staff's thinking about capital controls changed so radically. In doing so, he also provides an important case study of how international organizations work and evolve. Drawing on original survey and archival research, extensive interviews, and scholarship from economics, politics, and sociology, Chwieroth traces the evolution of the IMF's approach to capital controls from the 1940s through spring 2009 and the first stages of the subprime credit crisis. He shows that IMF staff vigorously debated the legitimacy of capital controls and that these internal debates eventually changed the organization's behavior--despite the lack of major rule changes. He also shows that the IMF exercised a significant amount of autonomy despite the influence of member states. Normative and behavioral changes in international organizations, Chwieroth concludes, are driven not just by new rules but also by the evolving makeup, beliefs, debates, and strategic agency of their staffs. 1 line illus. 6 tables.

Jeffrey M. Chwieroth is senior lecturer in the Department of International Relations at the London School of Economics and Political Science.