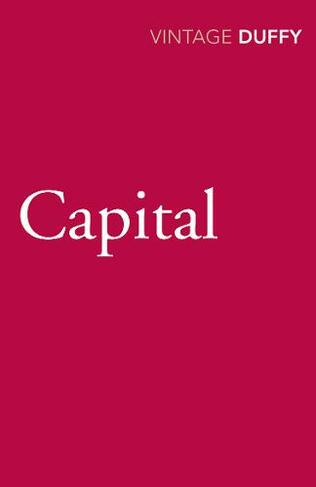 A lone Londoner maps the city, hearing beneath its surface the urgent whispers of the past. As he listens he grows convinced they are predicting London's future. Meepers, homeless and dishevelled, yet an enlightened and mystically knowing amateur archeologist, seeks to understand the destruction of London in the Dark Ages, hoping to predict the capital's future. Emery, a university historian, writes to his absent wife as he prepares for the start of term. He once rejected for publication a 'crackpot' article by Meepers, and is alarmed to find he has appeared at his first lecture. And now he seems to be following Emery everywhere he goes. In a dazzling mixture of contemporary life and period speech, London is illuminated through the voices of Neanderthal man, Saxon kings, anonymous invaders, the flea that spread the Black Death and the transsexual King Elizabeth.

Maureen Duffy is a British poet, playwright and novelist. After a tough childhood, Duffy took her degree in English from King's College London. She was a schoolteacher from 1956 to 1961, and then turned to writing full-time as a poet and playwright.Her London trilogy comprises, firstly, Wounds, set in South London during the early period of Afro-Caribbean immigration; secondly, Capital tells the history of London from Neolithic times through tales of Saxon kings, anonymous invaders, the flea that spread the Black Death and the transsexual King Elizabeth; and finally Londoners follows Dante's Inferno, canto by canto, through modern gay London. Duffy is the author of 33 published works, including seven collections of poetry, non-fiction and 16 plays for stage, screen and radio; she is a fellow of the Royal Society of Literature and of King's College London, a Vice President of the Royal Society of Literature, and holds honorary DLitts from the universities of Loughborough and Kent.A new collection, Environmental Studies, was published by Enitharmon in April 2013 and was longlisted for the Green Carnation Prize 2013.