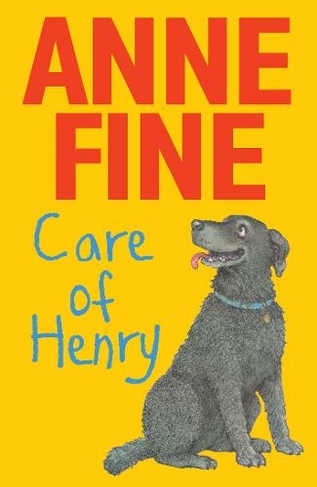 By Anne Fine (Author), Paul Howard (Illustrator)
Paperback
£5.39 rrp £5.99 Save £0.60 (10%)
GBP
Availability
In Stock
Free Delivery Available When You Spend £15 Or More
Details
Spend £15 On Products To Receive Free Standard Delivery To Your Home Or Free Next Day Click and Collect To Stores
Share

Anne Fine has won the Smarties Book Prize, the Guardian Children's Fiction Award and the Carnegie Medal (twice), and has twice been voted Children's Author of the Year. In 2001, she became Children's Laureate, and in 2003, she was awarded an OBE. Her books include The Jamie and Angus Stories, Jamie and Angus Together, Jamie and Angus Forever, The Haunting of Pip Parker, How to Cross the Road and Not Turn Into a Pizza, Care of Henry, Nag Club, Under a Silver Moon, The Only Child Club and The Party Club. She is the author of Madame Doubtfire, which was made into the film Mrs Doubtfire, and also writes for adults. She lives in Barnard Castle, County Durham.