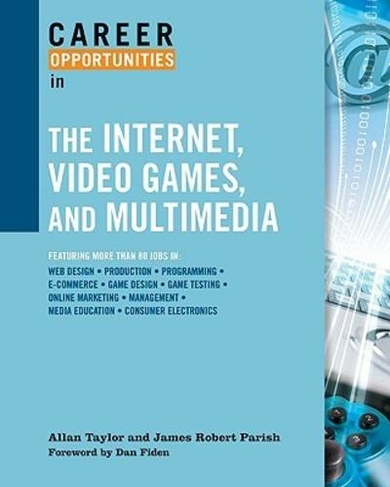 Career Opportunities in the Internet, Video Games, and Multimedia

After making its debut onto the computer scene in 1993, supporting a mere 50 servers, the World Wide Web has grown exponentially into a universal medium that can be accessed around the world by millions of people. Harboring unlimited amounts of information that can be found with the click of the mouse, the Internet has become a vital communication and marketing tool. As the development of the Internet has progressed, so too have the digital worlds of video games and media giants, creating many new, highly profitable careers in the process. ""Career Opportunities in the Internet, Video Games, and Multimedia"" details more than 90 jobs in these thriving industries and features extensive appendixes of resources and other useful information. Career profiles include: Animator; Content editor; Lead programmer; Online sales manager; Sound designer; Video game developer; Web security manager; Webpage designer; and more.