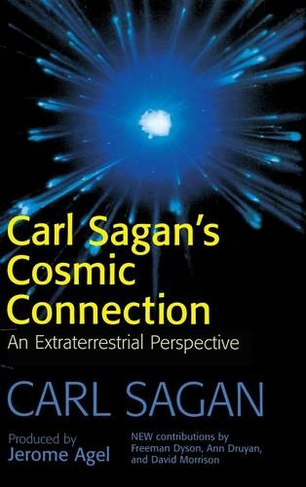 In 1973, Carl Sagan published The Cosmic Connection, a daring view of the universe, which rapidly became a classic work of popular science and inspired a generation of scientists and enthusiasts. This seminal work is reproduced here for a whole new generation to enjoy. In Sagan's typically lucid, lyrical style, he discusses many topics from astrophysics and solar system science, to colonization of other worlds, terraforming and the search for extraterrestrials. Sagan conveys his own excitement and wonder, and relates the revelations of astronomy to the most profound human problems and concerns: issues that are just as valid today as they were 30 years ago. New to this edition are Freeman Dyson's comments on Sagan's vision and the importance of the work, Ann Druyan's assessment of Sagan's cultural significance as a champion of science, and David Morrison's discussion of the advances made since 1973 and what became of Sagan's predictions. 48 Halftones, unspecified; 2 Line drawings, unspecified

Carl Sagan was the David Duncan Professor of Astronomy and Space Sciences and Director of the Laboratory for Planetary Studies at Cornell University. He played a leading role in the Mariner, Viking and Voyager missions to the planets and briefed the Apollo astronauts before their flights to the Moon. He helped solve many mysteries in planetary science from the high temperature of Venus to the seasonal changes on Mars. For his unique contributions, he was awarded the NASA Medals for Exceptional Scientific Achievment and for Distinguished Public Service (twice), as well as the Tsiolkovsky Medal of the Soviet Cosmonautics Federation, the John F. Kennedy Award of the American Astronautical Society and the Arthur C. Clarke Award for Space Education.