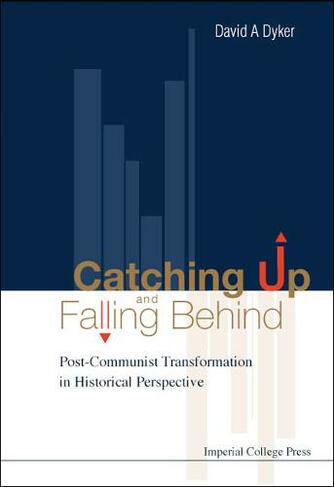 Catching Up And Falling Behind: Post-communist Transformation In Historical Perspective

In this collection of essays David A Dyker explores some of the most difficult and fascinating aspects of the process of transition from autocratic "real socialism" to a capitalism that is sometimes democratic, sometimes authoritarian. The stress is on the economic dimension of transformation, but the author sets the economic drama firmly within a political economy framework and a historical perspective. Trends in key economic variables are analysed against the background of the struggle between different social and political groups for power and command over resources. While the book pays due attention to topical issues like EU enlargement, the underlying perspective is a long-term one. Transition is viewed not as a set of once-and-for-all institutional changes or a process of short-term stabilisation, but as a historic opportunity to solve the inherited problem of poverty and underdevelopment in Central-East Europe and the former Soviet Union. The book ends with a critical assessment of how economics, as a discipline, has coped with the challenge of that historic opportunity.

David A Dyker was born in Aberdeen, Scotland, in 1944. He was educated at the University of Glasgow and the Economics University of Tashkent in Uzbekistan. He has been studying the countries of Central-East Europe and Eurasia for over thirty years, and in his extensive published work he has charted the decay of socialism, the difficult beginnings of transition, and the broadening-out of the agenda facing second-stage transition at the start of the new century. His Process of Investment in the Soviet Union (CUP, 1983), Technology of Transition (CEUP, 1997) and Foreign Direct Investment and Technology Transfer in the Former Soviet Union (Edward Elgar, 1999) are classics in the field. In addition to teaching and scholarly research, Dyker has been deeply involved in the transition process as a practitioner, and has worked as a consultant for the Russian, Romanian and Kazakhstani governments, and also for the UN Economic Commission for Europe. David Dyker is an academician of the Academy of Social Sciences. He is married with three children.