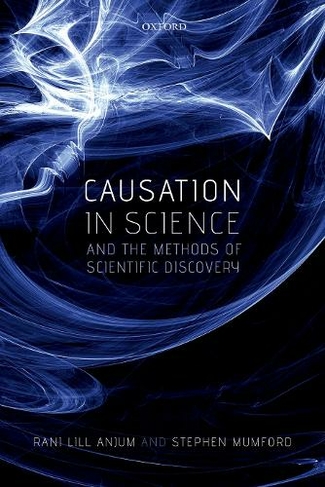 Causation in Science and the Methods of Scientific Discovery

Causation is the main foundation upon which the possibility of science rests. Without causation, there would be no scientific understanding, explanation, prediction, nor application in new technologies. How we discover causal connections is no easy matter, however. Causation often lies hidden from view and it is vital that we adopt the right methods for uncovering it. The choice of methods will inevitably reflect what one takes causation to be, making an accurate account of causation an even more pressing matter. This enquiry informs the correct norms for an empirical study of the world. In Causation in Science and the Methods of Scientific Discovery, Rani Lill Anjum and Stephen Mumford propose nine new norms of scientific discovery. A number of existing methodological and philosophical orthodoxies are challenged as they argue that progress in science is being held back by an overly simplistic philosophy of causation.

Rani Lill Anjum is Researcher in Philosophy and Director of the Centre for Applied Philosophy of Science (CAPS) at the Norwegian University of Life Sciences (NMBU). She was postdoctoral fellow at the universities of Tromso and Nottingham, the result of which was Getting Causes from Powers (Oxford 2011) with Stephen Mumford. At NMBU, she then led the Causation in Science research project and co-wrote Causation: A Very Short Introduction (Oxford2013) and What Tends to Be: the Philosophy of Dispositional Modality (Routledge, 2018), both with Stephen Mumford. She currently leads the research project Causation, Complexity and Evidence in Health Sciences (CauseHealth), funded by the Research Council of Norway (NFR).Stephen Mumford is Professor of Metaphysics in the Department of Philosophy at Durham University as well as Professor II at Norwegian University of Life Sciences (NMBU). He is the author of Dispositions (Oxford 1998), Russell on Metaphysics (Routledge 2003), Laws in Nature (Routledge 2004), David Armstrong (Acumen 2007), Watching Sport: Aesthetics, Ethics and Emotion (Routledge 2011), Getting Causes from Powers (Oxford 2011, with Rani LillAnjum), Metaphysics: A Very Short Introduction (Oxford 2012), Causation: A Very Short Introduction (Oxford 2013, with Rani Lill Anjum), Glimpse of Light (Bloomsbury, 2017) and What Tends to Be (Routledge 2018, with Rani Lill Anjum).