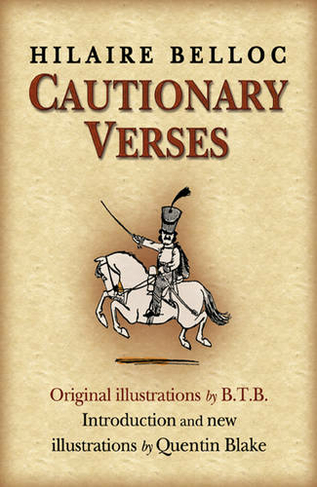 This omnibus of Belloc's stories is a feast of delightful tales told in rhyme - all with a dramatic moral twist in the tail. Are you prone to pulling faces, telling tales or bouts of extravagance? Yes? Then ignore these stories at your peril. If not, you might suffer a fate similar to those described in these cautionary tales. 1

Hilaire Belloc (Author) Hilaire Belloc was born in France and educated at Newman's Oratory School and at Balliol College, Oxford. From 1906 to 1910 he was Liberal MP for Salford and literary editor of the Morning Post. As well as writing books of verse and novels, he also wrote on religious, social and political topics.Quentin Blake (Illustrator) Quentin Blake has been drawing ever since he can remember. He taught illustration for over twenty years at the Royal College of Art, of which he is an honorary professor. He has won many prizes, including the Hans Christian Andersen Award for Illustration, the Eleanor Farjeon Award and the Kate Greenaway Medal, and in 1999 he was appointed the first Children's Laureate. In the 2013 New Year's Honours List he was knighted for services to illustration.