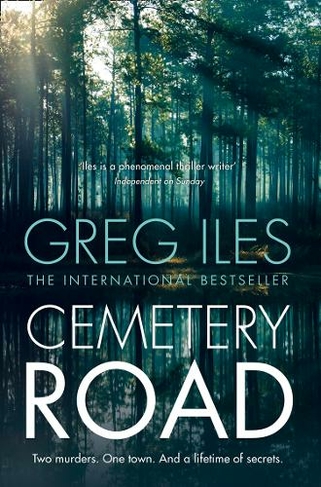 Two murders. One Town. And a lifetime of secrets. 'Pure reading pleasure' Stephen King The No.1 New York Times bestselling author of the Natchez Burning trilogy returns with an electrifying standalone. A tale of friendship, betrayal, and shattering secrets that threaten to destroy a small Mississippi town. Some things should never be uncovered... When successful journalist Marshall McEwan discovers that his father is terminally ill, he returns to his childhood home in Bienville, Mississippi - a place he vowed to leave behind forever. His family's newspaper is failing; and Jet Turner, the love of his youth, has married into the family of Max Matheson, one of the powerful patriarchs who rule the town through the exclusive Poker Club. Bienville is on the brink of economic salvation, in the form of a billion-dollar Chinese paper mill. But as the deal nears completion, two murders rock the town to its core, threatening far more than the city's economic future. Marshall and Jet soon discover a minefield of explosive secrets beneath the soil of Mississippi. And by the time Marshall grasps the long-buried truth about his own history - and the woman he loves - he would give almost anything not to face it.

Greg Iles is the author of sixteen New York Times bestselling novels, including the No.1 bestseller, The Quiet Game. His books have been made into films, translated into more than twenty languages and published in more than thirty-five countries. His ground-breaking Natchez Burning Trilogy has been published to critical acclaim and optioned for TV. The first novel in the saga, Natchez Burning, was heralded by The Times as 'the thriller of the year'. Greg spent most of his youth in Natchez, Mississippi, and graduated from Ole Miss in 1983. He currently lives in Natchez with his wife, and has three children.