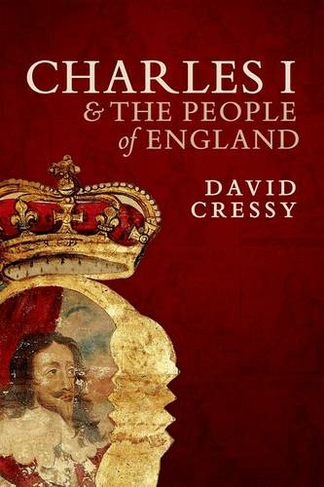 Charles I and the People of England

The story of the reign of Charles I - through the lives of his people. Prize-winning historian David Cressy mines the widest range of archival and printed sources, including ballads, sermons, speeches, letters, diaries, petitions, proclamations, and the proceedings of secular and ecclesiastical courts, to explore the aspirations and expectations not only of the king and his followers, but also the unruly energies of many of his subjects, showing how royal authority was constituted, in peace and in war - and how it began to fall apart. A blend of micro-historical analysis and constitutional theory, parish politics and ecclesiology, military, cultural, and social history, Charles I and the People of England is the first major attempt to connect the political, constitutional, and religious history of this crucial period in English history with the experience and aspirations of the rest of the population. From the king and his ministers to the everyday dealings and opinions of parishioners, petitioners, and taxpayers, David Cressy re-creates the broadest possible panorama of early Stuart England, as it slipped from complacency to revolution. 12 black and white halftones

David Cressy was born in England and educated at Cambridge, but built his career in the United States. He has taught at colleges and universities in California, Ohio, and New Mexico, and has won numerous fellowships and awards. His work is driven by curiosity about the relationships of central and local authority, elite and popular culture, official and unofficial religion, and ordinary men and women, a curiosity that ranges from kinship to book-burning, fromcross-dressing to Gypsies. When not engaged in historical research he may be found exploring the deserts and beaches of the American West.