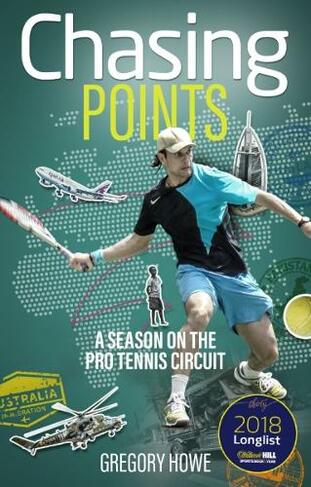 Chasing Points A Season on the Pro Tennis Circuit

At 34 years of age, Gregory Howe quit teaching in London to chase his childhood dream of becoming a world-ranked tennis professional. He started his year-long journey in the minor leagues, playing across four continents, as far afield as Bangkok, Kampala and Lahore, initially struggling against younger, fitter aspiring pros. Breaking through to the elite ATP tour, he got within volleying distance of some of the greats of the modern game. Eventually, he managed to juggle competing on the ATP tour with holding down a nine-to-five job. Along the way he encountered almost everything the tennis world has to offer, from rising stars racing to the top, to players whose hopes are slowly being shattered. Chasing Points: A Season on the Men's Pro Tennis Circuit offers a rare behind-the-scenes glimpse into the life of a touring tennis professional from the perspective of a real 'underdog'. Includes a colour picture section