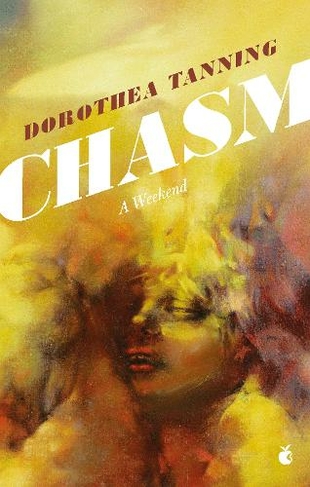 'Tanning's fictional debut unquestionably deserves to be recognised as a complete artistic success . . . Tanning has assembled all the ingredients necessary for an extraordinary drama of love and betrayal, jealousy and regret . . . told in confident, fluid prose highlighted by passages of hallucinatory beauty' Guardian In the stark beauty of the desert, a mansion built by a madman rears its impudent architecture like an insult. The estate is called Windcote, 'its very name a masquerade', and its master, the odious Raoul Meridian, has invited a group of guests to spend a weekend, during the course of which they will find themselves driven by obsessions and confusions unlike any they've experienced before. Untouched by the fevers and failures around her is the indomitable child Destina, who will lead them into the heart of a mysterious canyon, where desire and cruelty forge an implacable truth. 'It seems hardly fair that Dorothea Tanning, in a long, passionately inventive career as a painter, should have acquired as well the other harmony of prose, and that her passionate inventions as a writer should be so lovingly, so wisely resolved' Richard Howard

Dorothea Tanning (1910 - 2012) was born in Galesburg, Illinois, and attended Knox College before moving to New York in the 1940s. There she began exhibiting at the Julien Levy Gallery, becoming known for her very personal and powerful surrealist paintings. In New York she met and married Max Ernst, moving with him to Arizona in the mid '40s, and then to France in the mid '50s. Two decades later, after Ernst's death, Tanning returned to New York, where she embarked upon a new and ambitious series of paintings, increasing both the scale and the scope of her work. Her work is included in collections at the Tate Gallery, the Georges Pompidou Centre, the Museum of Modern Art, New York, and the Menil Collection, Houston. Tanning published her only novel, Chasm: A Weekend, when she was ninety-four. She also wrote a memoir and two collections of poetry.