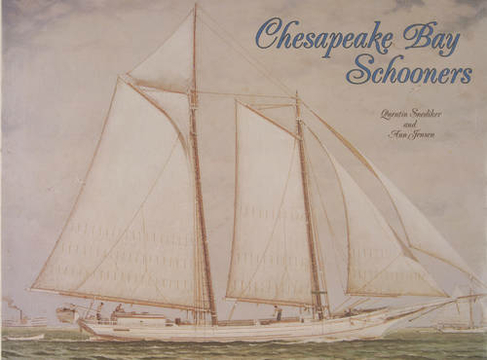 Chesapeake Bay Schooners focuses on the evolution of a uniquely American vessel from its European origins to the shipyards and waters of the bay, where it was perfected. This story of the schooners began with the handy colonial schooner, with the search for speed culminating in the creation of the graceful Baltimore clipper. These swift, sharp-built vessels of the Chesapeake gave rise to countless tales of high adventure and romance. No other book has chronicled the history of the commercial schooner, including its economic and social aspects. The authors spent hours interviewing maritime historians, and relied heavily upon those who sailed the last schooners to tell their own stories. Extensive research at private and public libraries, in photo collections, and in archives has yielded previously unpublished material and photographs to flesh out the history of this significant influence in bay commercial enterprise. But, above all, this narrative is a tribute to these often overlooked commercial vessels that were a mainstay of commerce on the bay and to the tenacity and dedication of the men and women who operated them. 212 b/w photos