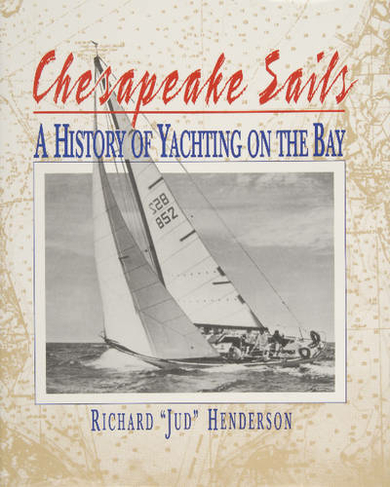 Chesapeake Sails: A History of Yachting on the Bay

Many books document the workboats of the Chesapeake, but for decades bay waters have been home to another kind of craft: sailboats designed and built strictly for the fun of racing or cruising. This book traces the popularity of sailing yachts in the Chesapeake Bay. Here, the term yacht does not suggest a large or luxurious vessel; rather, it describes a pleasure boat of any size. The author depicts these sailing yachts not only by the details of their design and construction, but also through the eyes and actions of their skippers and crews, effectively alternating factual history with the carefree and often humorous perspective of the sailors. From early contests that involved working craft to today's regattas and one-design events, racing boats have provided an outlet for the competitive spirit of the crew. A variety of bay cruising boats have carried their owners comfortably around the bay and beyond. And the occasional boat has succeeded in both areas, as exemplified by the famous Finisterre, a cruising design that won the Newport-Bermuda race three times in a row. Among the bay designers, Thomas C. Gillmer is known for his association with the Pride of Baltimore, a replica of the historic Baltimore schooner. He also designed the Seawind 30, said to be the first fiberglass boat to sail around the world. Other bay boats described in the book include two versions of a Tancook whaler, the Owens Cutter, the Oxford 400, and boats by William C. Dickerson and Thomas E. Colvin. The illustrations presented throughout the bookawhether hull-line sketches, sail-plan drawings, or full-sail photosaare reminders of the particular beauty of sailing yachts and the special joy of yachting on the bay. 139 b/w photos, 128 illus & 2 maps