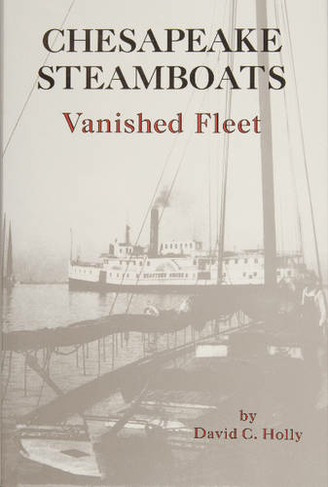 This book portrays the steamboat era on the Chesapeake (1813Aca"1963), which matched the glamour and excitement of the steamboats on the Mississippi. The book begins with the building of the first steamboat on the bay, in the shadow of a bitter struggle over a monopoly on the Delaware and the Chesapeake. It continues with stories of the genius of early engine builders, the legends arising from dramatic steamboat disasters, spirited adventures of the Civil War, the excitement of steamboat excursions and resorts, the personalities of many steamboats and their masters, the railroad's near achievement of a monopoly on the bay, and the denouement when trucks and automobiles eclipsed the role of the steamboat. Running through David Holly's Chesapeake Steamboats: Vanished Fleet is a theme of ghostliness. He is clearly enchanted by the memories of the steamboats and conveys aptly the excitement of the steamboat era. With vivid descriptions he sets the scene for his narration of the history of the steamboat on the Chesapeake. A particular highlight is the account of the steamer Columbus, which was built in 1828 and burned and sank in 1850 near the mouth of the Potomac River. In the early 1990s a project was mounted by the U.S. Army Corps of Engineers and other organizations to recover artifacts from the wreck. Diving to a depth of sixty feet, at times in near darkness, the archeological team resurrected important components of the ship's crosshead engineathe only one known to exist. David Holly's narrative of the Columbus, his schematic of its engine extrapolated from recovered artifacts and his description of the engine's operation record this important contribution to maritime history. His absorbing tales of the steamboat's place in the life of the Chesapeake may stand as a legacy in the region and the country's history. 18 illus, 8 b/w photos & 6 maps