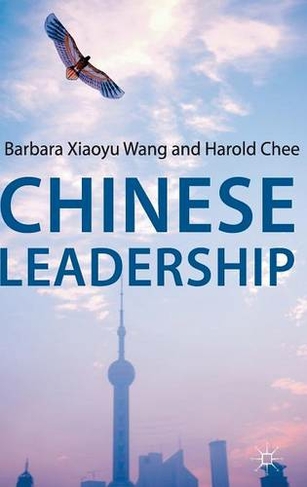 With the accelerating integration of China into the global economy, there is a thirst to understand how Chinese managers like to lead and how Chinese employees like to be managed. There is no doubt that China can be a difficult and risky market for foreign businesses. The authors show managers how to succeed when doing business in China. XII, 180 p.

BARBARA XIAOYU WANG Faculty Member and the China Representative for Ashridge Business School, UK,as well as the Chief Consultant for the Western Management Institute of Beijing (WMIB), China.She has conducted training and coaching bilingually in English and Chinese for both multinational and Chinese companies in China such as the China-Britain Business Council, ABB, Danfoss, Volvo, Sinopec, China Post, Lenovo, Air Canada, Industrial & Commercial Bank of China etc; as well as teaching on MBA programmes in Chinese universities. Before her current roles, Barbara was a Vice President for the Western Management Institute of Beijing and also conducted corporate training for major organisations such as ABB, VW, Ericsson, BP, MARS, TCL, Akzo Nobel, Novartis, ICBC, etc. Her commercial experience extends to working for multinational companies in China where she was the Retail Operations Manager for CELINE of the Louis Vuitton group, the Global Accounts Manager in China at DHL, and Assistant to the General Manager at the Swissotel, Beijing.HAROLD CHEE Works for Ashridge Business School, UK, which is one of the world's leading Executive Education Providers. He works internationally in China, Europe, USA and Southern Africa. He is currently client director of Sinopec (largest company in China) and LGC (Laboratory of Government Chemists). He is also client director for China Post & Cheung Kong Business School (China). He has developed customised programmes for companies in the engineering, energy, financial/banking, publishing, food and beverages, steel, telecoms and chemical sectors. Harold has worked with a variety of clients such as Philips, Volvo, Sinopec, Rexam, Akzo Nobel, ITT, Continental Tyres, WH Smith, Volkswagen, Tesco, Novartis, Roche Pharmaceuticals, Tetra Pak, Lufthansa, VNU, Klockner, BBC, Home Office, Bank of Scotland, PriceWaterhouseCoopers, Norwegian Paper & Pulp, and Reserve Banks of Zimbabwe & Swaziland. He also works extensively in China with clients such as ABB, Novartis, Swire Beverages, China International Capital Corporation, Siemens, Daimler, China Telecom, etc. Before joining Ashridge, Harold worked as a senior training consultant and business development manager in Beijing, China; helping to set up the China-Britain Management Training Centre. Prior to this, he worked for the giant mining company, Anglo-American Corporation in Zimbabwe and South Africa as an Organisational Development manager. Harold has also worked as a university lecturer for several years in the UK and has been a visiting professor/lecturer at the universities of Boston, Moscow and Essex. Early in his career he was a marketing officer for several organisations.