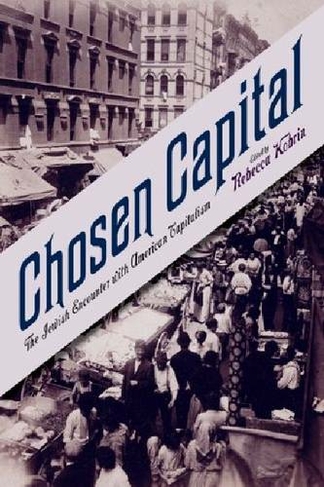 At what moments and in what ways did Jews play a central role in American capitalism? Perhaps fears of this question's anti-Semitic overtones have discouraged scholars from pondering this query even though many are quick to comment upon the speed with which Jews moved up America's class ladder. Chosen Capital addresses this question head-on by exploring Jews' impact on American capitalism as both its architects-through their participation in specific industries-and as its most vocal critics through their support of unionism and radical political movements. Chosen Capital is far from another celebratory work on great businessmen of the American Jewish past. Rather, by focusing on the era when American capitalism was redefined by industrialisation, war, migration, and the emergence of the United States as a superpower, this collection illustrates how Jews living in small towns scattered throughout the South and West along with Jews living in major metropolitan areas shaped and were shaped by the development of America's particular system of capitalism. Contributors examine such diverse topics as Jews in real estate, the liquor industry, and the scrap metal industry; the introduction and selling of Jewish ritual objects and such foods as matzah as commodities; and the part Jews played in developing radical labour agendas (e.g., the American Labor Party and the International Ladies' Garment Workers' Union). These essays force us to rethink not only the central role Jews played in American economic development but also how capitalism has shaped Jewish life over the course of the twentieth-century. 22 photographs