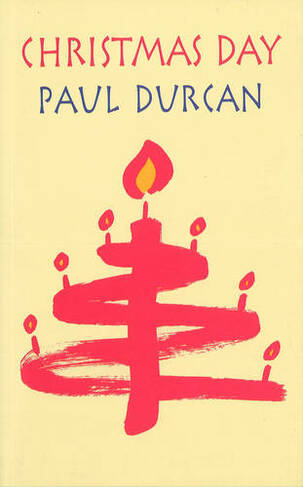 For most of us Christmas is the season of huge helpings of good food, good drink, and with luck, good cheer, as the rituals of cracker-pulling, present-giving and happy or sulphurous family reunions fizzle and bang through the long afternoon. For anyone who has ever had too much of it, or felt out of it, or wanted to be out of it, or even succeeded in being out of it then been unexpectedly rescued by a good friend, this book-length poem contains a lifeline of humour and sanity in a world run seasonally mad. It is a funny, subversive, melancholy, self-mocking conversation between two men - Paul and Frank - in the top storey flat of a Dublin apartment block; a Stations of Christmas under the influence of "woman-hunger". Once read, Christmas Day itself will never be the same again. The volume also contains a second new work, "A Goose in the Frost", a tribute to Seamus Heaney on winning the Nobel Prize for Literature.

Peter Robb (Author) Peter Robb is an Australian author. He was born in the Toorak, Melbourne in 1946 and has lived in Australia, New Zealand, Italy and Brazil. His first book, Midnight in Sicily, won the Victorian Premier's Literary Prize for non-fiction in 1997.His second book, M, a biography of the Italian artist Caravaggio, provoked controversy on its publication in Britain in 2000. A Death in Brazil, his fourth novel, was named The Age's non-fiction book of the year for 2004. He has taught at the University of Melbourne, the University of Oulu in Finland and the Instituto Universitario Orientale in Naples.Paul Durcan (Author) Paul Durcan was born in Dublin in 1944. His first book, Endsville (1967), has been followed by more than twenty others, including The Berlin Wall Cafe (a Poetry Book Society Choice in 1985), Daddy, Daddy (winner of the Whitbread Award for Poetry in 1990), Crazy About Women (1991), A Snail in My Prime: New and Selected Poems (1993), Give Me Your Hand (1994), Greetings to Our Friends in Brazil (1999), The Art of Life (2004), The Laughter of Mothers (2007), Life is a Dream: 40 Years Reading Poems 1967-2007 (2009), Praise in Which I Live and Move and Have My Being (2012), and The Days of Surprise (2015). In 2001 Paul Durcan received a Cholmondeley Award. He was Ireland Professor of Poetry from 2004 to 2007. He was conferred with a DLitt by Trinity College Dublin in 2009 and by University College Dublin in 2011. In 2014 he was awarded the Lifetime Achievement Irish Book Award. He is a member of Aosdana.