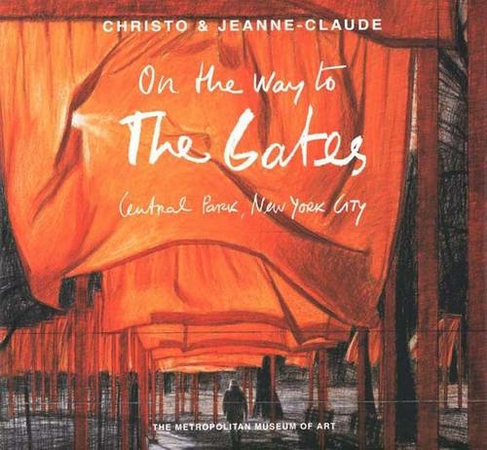 Christo and Jeanne-Claude On the Way to The Gates, Central Park, New York City

An exciting and richly illustrated book presenting an accessible survey of Christo and Jeanne-Claude's career and celebrates the long-awaited Gates project for Central Park, New York City Christo and Jeanne-Claude are renowned for their dramatic and innovative public projects. Their installations often feature fabric-sometimes wrapped around existing structures or used to create large-scale temporary environments. Some of their most influential projects include Running Fence inSonoma and Marin Counties, California, Surrounded Islands inMiami, the Pont Neuf Wrapped in Paris,the Wrapped Reichstag inBerlin, and The Umbrellas simultaneouslyin Japan and California. Now New York City, where they have lived and worked for forty years, will be the site for a much-anticipated Christo and Jeanne-Claude project. The Gates willconsist of saffron-colored fabric panels suspended from the horizontal tops of over 7,500 sixteen-foot-tall vinyl gates, positioned at regular intervals throughout 23 miles of walkways of Central Park. The installation will be on view for sixteen days, beginning February 12, 2005 (weather permitting). This book, published in conjunction with a major exhibition that opens in April 2004 at The Metropolitan Museum of Art, celebrates the culmination of the artists' vision for The Gates, a project that began in 1979. It includes an illustrated introduction by Jonathan Fineberg that surveys the career of Christo and Jeanne-Claude and assesses their contribution to contemporary art and culture. The heart of the book consists of beautiful reproductions of the various preparatory collages and drawings that Christo has created for The Gates project, many of which have not been previously published, and detailed documentation of the personalities and events that have led up to the project. This volume also features four highly engaging, unpublished interviews conducted by Fineberg with the artists, from the 1970s to a recent interview in July 2003. 90 b-w + 115 color illus.

Jonathan Fineberg is Gutgsell Professor of Art History at the University of Illinois, Champaign. His many previous books include Christo: Surrounded Islands, Biscayne Bay, Greater Miami Florida, 1980-83 (1986), Art Since 1940: Strategies of Being (1994), The Innocent Eye: Children's Art and the Modern Artist (1997), and Discovering Child Art: Essays on Childhood, Primitivism, and Modernism (1997). Wolfgang Volz has been the exclusive photographer for all of Christo and Jeanne-Claude's projects since 1972.