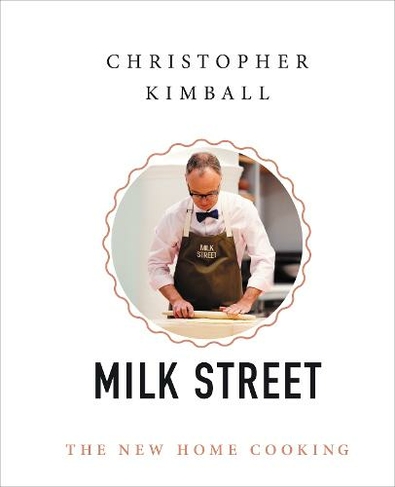 From celebrated cooking icon Chris Kimball comes Milk Street Kitchen, a new imprint of books that is leading the revolution in American home cooking. Milk Street is not just a new brand. It's a place, located at 177 Milk Street in downtown Boston, featuring a 4,000-square-foot R&D kitchen that is both a television set and the site of a retail cooking school. It is a television show, produced by WGBH and airing in September 2017 to an anticipated starting audience of 1.5 million viewers. It is a bimonthly magazine that is expected to reach 300,000 subscribers in its first year. It is a radio show on 300 public radio stations, and a podcast that features 6 million downloads a year. Milk Street will build on established, tried and true techniques for American cooking to lead home cooks to new, easy, trustworthy ways to make the food they love to eat. THE MILK STREET COOKBOOK will be the brand's flagship book, with recipes and techniques tied to their TV show and updated yearly with new recipes featured. It will also showcase Milk Street's methods for innovating on the classics of American home cooking, with techniques, flavors, and ingredients pulled from global traditions and translated for American tastes. For decades, Christopher Kimball has promised the home cook that the recipes would work. They did. Now he can elevate the quality of your cooking far beyond anything you thought was possible. 200 4/c photographs/illustrations

Christopher Kimball is the founder of Milk Street and the author of several celebrated cookbooks, including The Yellow Farmhouse Cookbook, The Cook's Bible, The Dessert Bible, and, most recently, Fannie's Last Supper