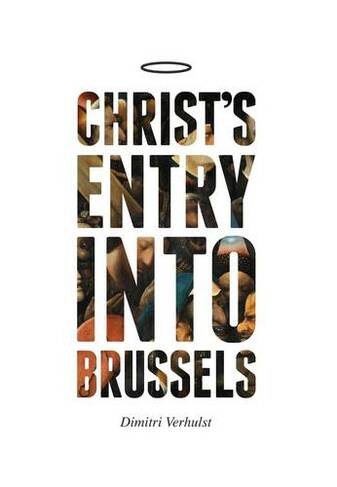 It is announced that Jesus Christ is to visit Belgium in a few weeks time, on its national day, the 21st of July. Coincidentally, our narrator's mother dies and his marriage ends. Feeling very low, and fluctuating between resentment, irony and cynicism, he reports on the events and on the behaviour of his compatriots. The authorities squabble about how to receive Christ. They find an eleven-year-old girl in the asylum seekers' centre to act as Christ's Aramaic interpreter (Arabic, Aramaic, it's practically the same, right?). Neighbours resolve ancient feuds and communities gather together to confess and forgive en masse, no matter the depravity of the crime. As the date draws near, the whole city brightens up - there's never been a nicer time to have a Second Coming. This new novel by Dimitri Verhulst resembles a quirky pamphlet and a moral fable. The narrator considers himself part of the 'lost generation', which has no illusions about the state of the world - both in absurd Belgium and in the distressingly imperfect world beyond. He puts a finger on the symptomatic fever blisters of contemporary society, of the so-called 'malcontent mass'. With his bizarre imaginings, harsh criticisms and stylistic verve, he exposes an embarrassing reality, which often makes you laugh conspiratorially, and then cry.

DIMITRI VERHULST (b. 1972) is the author of many award-winning books in his native Flemish, three of which have previously been translated into English. His work is translated into two dozen languages worldwide.DAVID COLMER is a multi-award winning translator whose work includes translations of Hugo Claus, Adriaan van Dis, Anna Enquist and Arthur Japin. In 2012 he was awarded the Dutch Foundation for Literature prize for lifetime achievement in translation.