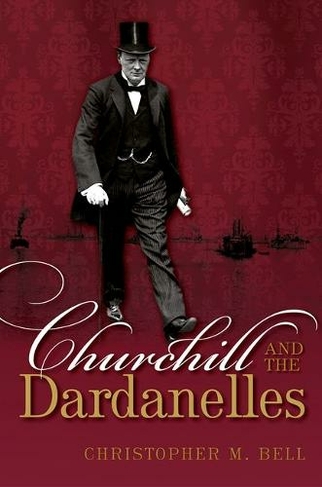 Churchill and the Dardanelles

The failed naval offensive to force a passage through the Straits of the Dardanelles in 1915 drove Winston Churchill from office in disgrace and nearly destroyed his political career. For over a century, the Dardanelles campaign has been mired in myth and controversy. For some, it was a brilliant concept that might have dramatically shortened the First World War and saved millions of lives. For others, it was fundamentally misconceived and doomed to fail. Churchill is either the hero of the story, or the villain. Drawing on a wide range of original documents, Christopher M. Bell shows that both perspectives are flawed. Bell provides a detailed and authoritative account of the campaigns origins and execution, explaining why the naval attack was launched, why it failed, and how it was transformed into an even more disastrous campaign on the Gallipoli peninsula. He untangles Churchills complicated relationship with Britains admirals, politicians, and senior civil servants, and uncovers the machinations behind the bitter press campaign in 1915 to drive him from power. The book goes on to explore the origins of the myths surrounding the ill-fated campaign. It provides the first full account of Churchills tireless efforts in the decades after 1915 to refute his legion of critics and convince the public that the Dardanelles campaign had nearly succeeded. Largely by his own exertions, Churchill ensured that the legacy of the Dardanelles would not stop him becoming Prime Minister in 1940. 17 Black & white illustrations

Christopher M. Bell is Professor of History at Dalhousie University in Halifax, Nova Scotia. He has published widely on twentieth century naval history, and is the author of The Royal Navy, Seapower and Strategy Between the Wars (2000) and co-editor of Naval Mutinies of the Twentieth Century: An International Perspective(2003) and At the Crossroads Between War and Peace: The London Naval Conference of 1930 (2014). His most recentsingle-authored book, Churchill and Sea Power, published by Oxford University Press in 2012, was described in the American Historical Review as 'essential reading for students of both Churchill's naval career and modern British sea power.'