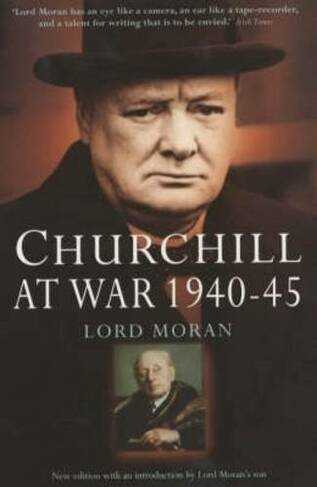 This new edition of extracts from the extremely candid diaries of Churchill's doctor Lord Moran, his devoted friend and confidant, contains material not previously revealed. It sheds a new light on how the great man faced up to and absorbed the strain of events during the war years, the tremendous burden of his responsibilities, and his extraordinary resolution. Moran's keen observation, sensitivity, truth and insight, are brought to bear on Churchill's conduct and personality. We hear of the weaknesses as well as the strengths: his rages, his jokes and salty comments, his occasional foolishness, his rare cattiness (of Attlee: 'He has a great deal to be modest about') and endearing playfulness, are all captured. Moran was not just an acute observer of his most famous patient. At Churchill's side, he was able to record remarkable details of other world figures, and the historic events in which Churchill played so momentous a part.

Lord Moran was awarded the MC during the Battle of the Somme during WWI, became doctor to Churchill in 1940, and in 1945 published his classic book on men under the stress of war, The Anatomy of Courage.