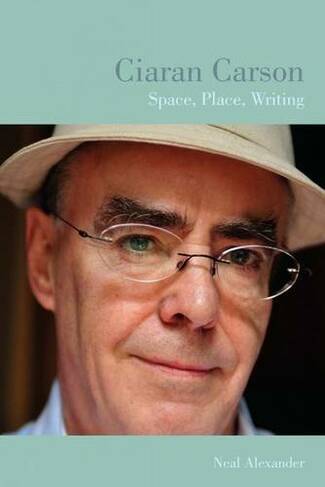 By Neal Alexander (Author)
Hardback
https://www.whsmith.co.uk/products/ciaran-carson-space-place-writing-58/neal-alexander/hardback/9781846314780-01-000.html £24.00
GBP
Availability
Currently unavailable. We don't know when or if this item will be back in stock
With Free Saver Delivery
Details
FREE SHIPPING over £20 for Saver Delivery
Share

An Open Access edition of this book is available on the Liverpool University Press website and the OAPEN library. Ciaran Carson is one of the most challenging and inventive of contemporary Irish writers, exhibiting verbal brilliance, formal complexity, and intellectual daring across a remarkably varied body of work. This study considers the full range of his oeuvre, in poetry, prose, and translations, and discusses the major themes to which he returns, including: memory and history, narrative, language and translation, mapping, violence, and power. It argues that the singularity of Carson's writing is to be found in his radical imaginative engagements with ideas of space and place. The city of Belfast, in particular, occupies a crucially important place in his texts, serving as an imaginative focal point around which his many other concerns are constellated. The city, in all its volatile mutability, is an abiding frame of reference and a reservoir of creative impetus for Carson's imagination. Accordingly, the book adopts an interdisciplinary approach that draws upon geography, urbanism, and cultural theory as well as literary criticism. It provides both a stimulating and thorough introduction to Carson's work, and a flexible critical framework for exploring literary representations of space.

Dr Neal Alexander lectures in English at the University of Nottingham. He is the co-editor (with Shane Murphy and Anne Oakman) of 'To the Other Shore: Cross-currents in Irish and Scottish Studies' (Queen's University Belfast, 2004).