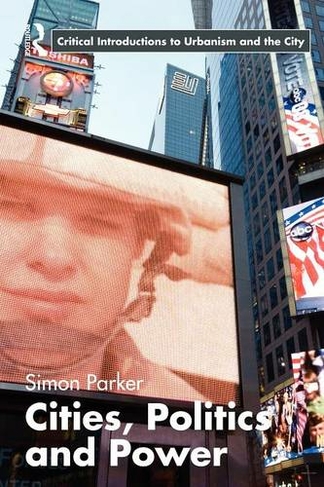 Traditionally, the study of `power in the city' was confined to the institutions of urban government and the actors involved in contesting and making political decisions in and for metropolitan societies. Increasingly, however, attention has turned to the function of the city not only as a centre of urban governance but as a major economic, social, cultural and strategic force in its own right. Cities, Politics and Power combines this traditional concern with how the cities in which we live are organized and run with a broader focus on cities and urban regions as multiple sites and agents of power. This book is divided into five sections, with a short introduction outlining the argument and organisation of the text. Part two charts the development of the urban polity and considers the ways in which coercion and force continue to be used to segregate, oppress and annihilate urban populations. Part three critically examines the key collective actors and processes that compete for and organise political power within cities, and how urban governance operates and interacts with lesser and greater scales of government and networks of power. Part four then explores the ways in which `the political' is constituted by urban inhabitants, and how social identity, information and communication networks, and the natural and built environment all comprise intersecting fields of urban power. The conclusion calls for a broader theoretical and thematic approach to the study of urban politics. This book makes extensive use of comparative and historical case studies, providing broad coverage of politics and urban movements in both the Global North and the Global South, with a particular focus on the UK, USA, Canada, Latin America and China. It is written in an accessible and lucid style and provides suggestions for further reading at the end each chapter. 2 Line drawings, black and white; 15 Halftones, black and white; 1 Tables, black and white; 17 Illustrations, black and white

Simon Parker is Senior Lecturer in Politics at the University of York where he teaches urban theory and comparative politics. He is the author of Urban Theory and the Urban Experience: Encountering the City (Routledge, 2004).