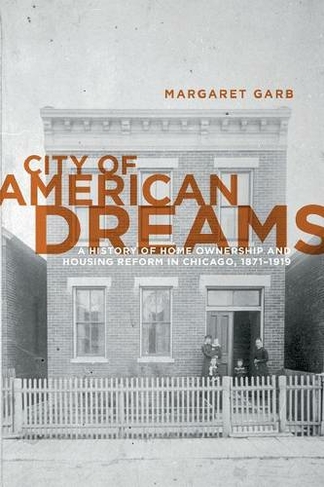 City of American Dreams A History of Home Ownership and Housing Reform in Chicago, 1871-1919

The recent housing market crash shattered Americans' boundless faith in home ownership. "City of American Dreams" is an innovative history of our national obsession with real estate. Margaret Garb reveals that the aspiration for single-family home ownership was forged in impoverished immigrant neighborhoods in industrializing cities. It was late nineteenth-century health and housing reformers who, along with the talented marketing of real estate developers, transformed an immigrant ideal into a mark of the middle class and the American Dream. After 1900, the pursuit of home ownership was inextricably linked to growing racial segregation in northern cities, ultimately leading to the emergence of urban landscapes sharply divided by race and class. Garb demonstrates that the very essence of the American Dream - the single-family house set on a tidy yard - was neither natural nor an inevitable expression of American identity. Rather, it resulted from decades of struggle among homeowners, builders, developers, reformers, and policy makers. 15 halftones, 6 maps

Margaret Garb is associate professor of history at Washington University in St. Louis.