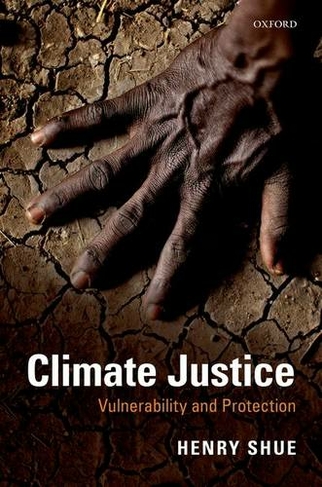 The fruit of twenty years of moral reflection on the emerging greatest challenge to humanity of the 21st century, these far-sighted and influential essays by a pioneering practical philosopher on the tangled questions of justice between nations and justice across generations confronting all attempts at international cooperation in controlling climate change sharply crystallize the central choices and offer constructive directions forward. Arguing that persistent attempts by U.S. negotiators to avoid the fundamental issues of justice at the heart of persistent international disagreement on the terms of a binding multilateral treaty are as morally misguided as they are diplomatically counter-productive, Henry Shue has built a case that efforts to price carbon (through cap-and-trade or carbon taxes) as a mechanism to drive down greenhouse gas emissions by the affluent must, for both ethical and political reasons, be complemented by international transfers that temporarily subsidize the development of non-carbon energy and its dissemination to those trapped in poverty. Our vital escape from climate change rooted in the dominance of the fossil fuel regime ought not, and in fact need not, come at the price of de-railing the escape of the world's poorest from poverty rooted in lack of affordable energy that does not undermine the climate. The momentum of changes in the planetary climate system and the political inertia of energy regimes mean that future generations, like the poorest of the present, are vulnerable to our decisions, and they have rights not to be left helpless by those of us with the power instead to leave them hope.

Henry Shue is best known for his 1980 book, Basic Rights: Subsistence, Affluence, and U.S. Foreign Policy (Princeton; 2nd ed., 1996) and his articles, "Torture " (1978) and "Mediating Duties " (1988), he has taught at the University of North Carolina, Wellesley College, University of Maryland, Cornell University, and Oxford. After initial research on human rights, especially economic rights, he has during recent decades concentrated on practicalphilosophy concerning war, on which he edited Nuclear Deterrence and Moral Constraint (Cambridge, 1989), Preemption (Oxford, 2007), Just and Unjust Warriors (Oxford, 2008), and The American Way of Bombing (forthcoming).